Last week was “mental health awareness” week at my school, the first one they’ve ever done. And it has been a difficult, and wonderful, week for me. Because little did they know, when planning this week, what an effect it would have. This week has been, for me, full of introspection. As I listened to others, teachers and classmates, relate their experiences with depression, anxiety, and trauma, over and over again what they said would strike a cord with me. And I would then re-live my own few months that I spent mired in the deepest struggle I’ve had to date.

My own depression and anxiety started in earnest about two years ago. It’s natural to assume that someone living in constant pain will get depressed. But in the 5 years leading up to that, I’d never felt like I struggled with it. Even going to doctors I would tell them, I get depressed when I’m in such bad pain I can’t get out of bed, yes, but I didn’t really struggle with depression–I felt very lucky to have my good days, and when they came I just tried to forget about the bad days before.

But the summer I graduated from high school, a new doctor tried yet another medication to try and help my pain go away.

When I started taking the beta blockers we hoped it would help my pain go away–we had no idea that it would start three of the worst months of my life, triggering terrible depression, anxiety, and even worse insomnia than I’d had before.

Let me just say right now, I don’t talk about this time in my life much. I tend to gloss over it, “those were bad months, I didn’t do much because it triggered my depression and anxiety. I’ll never take that medication again”. But when this week brought up those memories, those feelings, again, I started talking to my roommate about it, and she said “I knew that it was bad, but I had no idea it was that bad”.

I’ve never considered suicide. I never would. But during that time, there were many sleepless nights and dark days where I cried out to God, asking him to take me away from this world. Because it was too much. I couldn’t understand what was happening. The terrible thing about these mental health issues is that often they come on gradually, and you don’t even understand what’s happening to you. That was the case for me. I didn’t understand why I couldn’t breathe. Why I felt so hopeless. Why nothing mattered anymore. Why I couldn’t be happy. Why I wasn’t. . . myself.

I’d always prided myself in being happy, even through it all. I’ve always prided myself in being “the strong one”, taking care of others and helping ease their burdens, even if it was just a little, while carrying my own. But for the first month after taking this medication, I didn’t know what was happening to me. I felt lost, alone, hopeless, and miserable. I stayed in my dark room, crying, because I didn’t want anyone to know how I felt, including my parents.

I tried to mask the pain, fear, anxiety, and depression that I was feeling so hopelessly lost in. Spoiler alert: It didn’t work.

By the end of these three months I had finally figured it out, and understood that I was fighting against my own mental demons. It wasn’t just the migraines and pain anymore, there were stronger forces at work now, as depression and anxiety assailed me from every side. And once I had finally realized and accepted this, I was able to work through it. To find coping mechanisms. And to realize that although I’d been keeping myself alone, that was exactly the wrong thing to do. By the end of this time, I was meeting with friends at least once or twice a week, going to Bible study, going to work, getting out of the house, even if it was just going to a coffee shop to read, because I knew now that if I didn’t leave the house Satan would steal the peace that I was desperately trying to grasp.

I finally weaned myself off the meds, just in time to go to college. And the week before, I had a terrible migraine all week. One that kept me in bed. And right there with me were the new enemies I still didn’t know how to deal with: depression and anxiety. I spent the day before move-in laying on our couch in the basement crying and texting my friend. “Can I even do this? Will I flunk? What if I can’t do college? What if I fail, and have to go home? Should I not go? What if it’s a waste of money, and I can’t keep up, and have to stay in bed, and. . . what if I can’t do this?”

My fears were seized by my depression, and used by my anxiety.

But I did move to college. I tackled my fears, although the anxiety nearly choked me. I learned how to manage the migraines. How to balance classes. How to fight against the evil forces Satan sent against me, using my own brain as his weapon. I still struggle every day. I still see a great spiritual and mental battle in my thoughts and in my actions. And I still have to grasp my thoughts and examine them to see if they are from God or Satan.

I still fight every. single. day.

But here’s the thing. Although the thoughts sent to me during that time were most definitely not good, although I still have lasting affects from them to this day, I believe that situation, those few months I spent going through Hell, were Heaven-sent.

Because during my first year at college I had multiple people open up to me, come and talk to me about their own struggles with anxiety and depression. They knew, through mutual friends, that I fought with it as well. I may not have told them my whole story, but they knew I struggled with it because of my chronic illness, and because of that, friends that before had never spoken to anyone about their struggles came to me, because they felt safe. They knew I wouldn’t say “it’s all in your head” or “you’re faking it”. I discovered, through all of this, not only coping mechanisms, but I found a purpose, and I fully believe it was God-given.

I still consider myself “the strong one”. And that’s dangerous sometimes. But I have changed that image a bit, in my mind. It’s not through my own strength, it’s because the struggles that I deal with every day were given to me by God, to help others.

Because I struggle, I know how it feels.

I know what it’s like to think “I come from a good home, I shouldn’t have this”. I know how bad it feels to be struggling when you feel like you have no reason to. I know the mental, emotional, and physical toll it can take on you. I know the feelings of hopelessness, the anxiety that won’t go away, the fears that keep you awake at night. I know what it’s like to feel like you can’t breathe, and the depression that feels senseless and keeps you listless and unproductive, even on good days.

But most of all I know that God gives the strength to get through it. Because of Him, we need not fear. Because of Him, these illnesses will not win. Satan has already beaten. So have our struggles.

Humble yourselves, therefore, under God’s mighty hand, that he may lift you up in due time.  Cast all your anxiety on him because he cares for you.  Be alert and of sober mind. Your enemy the devil prowls around like a roaring lion looking for someone to devour. — 1 Peter 5:6-8 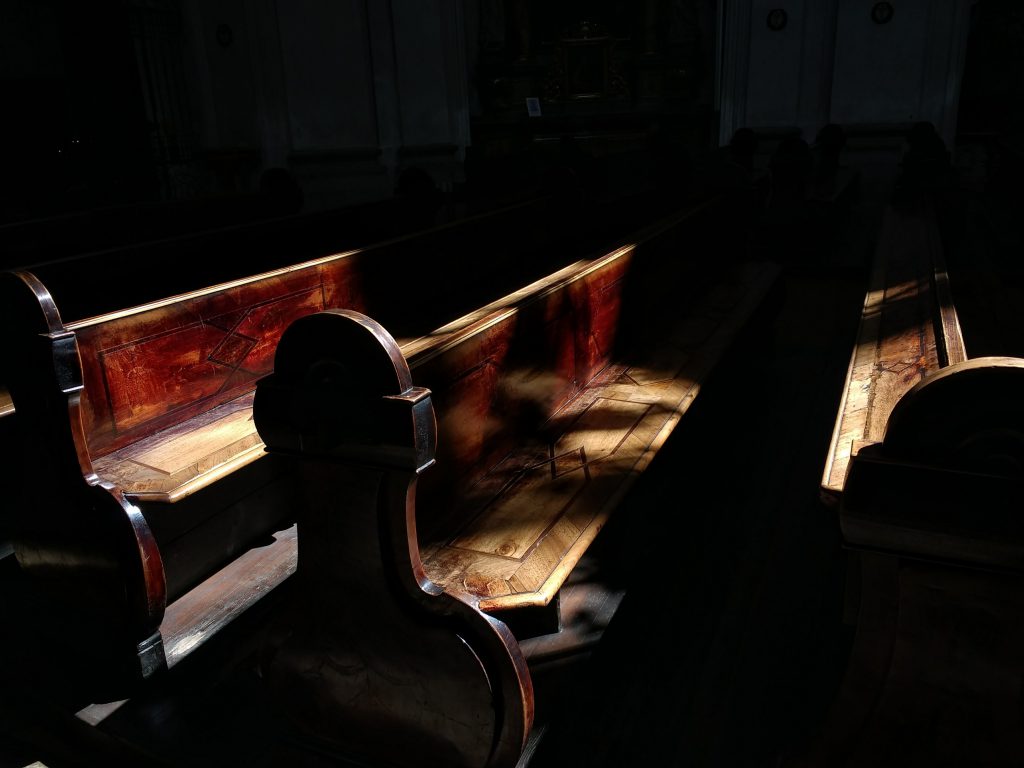 4 comments on “Mental Health Awareness week, and. . . my own story with depression and anxiety”

This site uses Akismet to reduce spam. Learn how your comment data is processed. 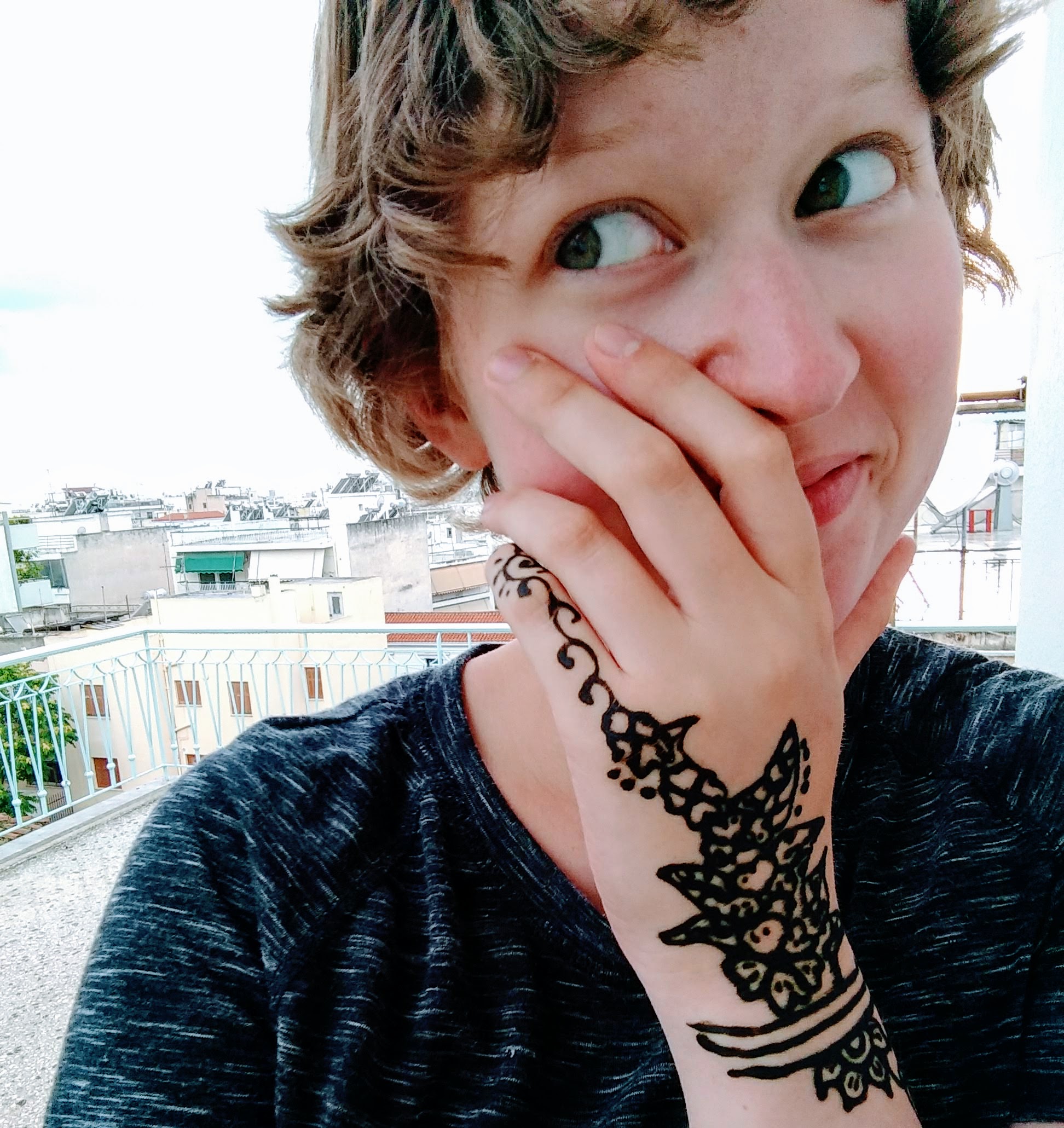 I’m Amalia, just a small-town girl with big dreams. I'm a writer, a cook, a baker, a traveler, a chronic illness warrior, a reader, and an adventurer. Thanks for joining me!

END_OF_DOCUMENT_TOKEN_TO_BE_REPLACED

Little Miss Miriel came into our world on Friday e

Sweet husband. I could brag on him all day. This

So excited and so close to meeting our little one.

We were up half the night moving things away from

This is the summer for growing All The Things.

"No matter what changes take place in the world, o

Sometimes, the smallest things take up the most ro 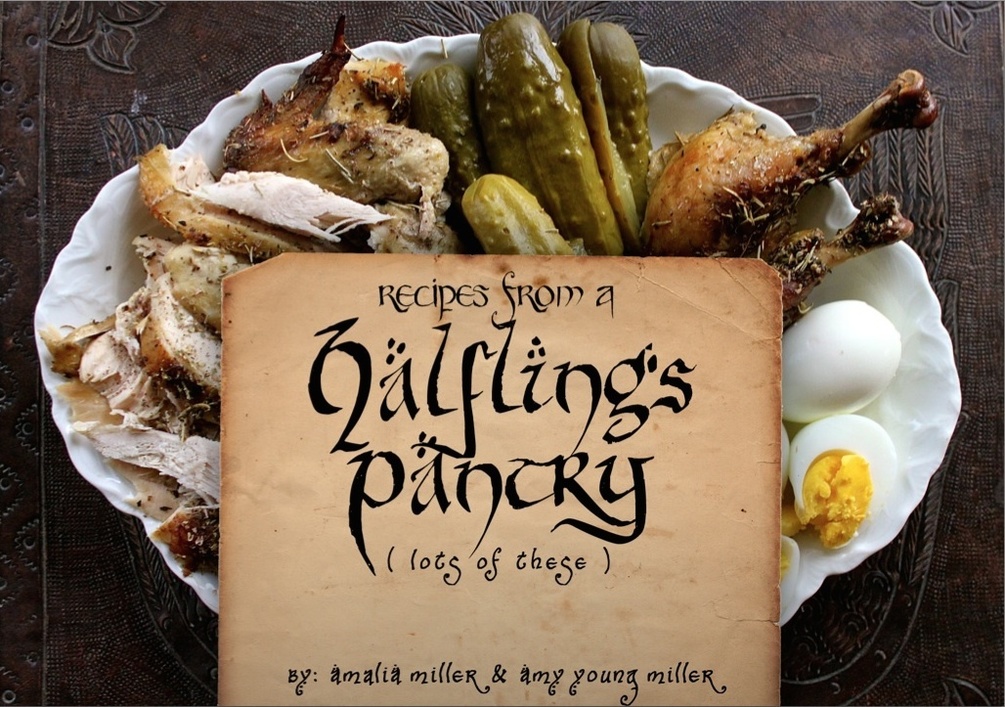